Sing Out, Olivia! (or how we became stage dads) (con videos en español) 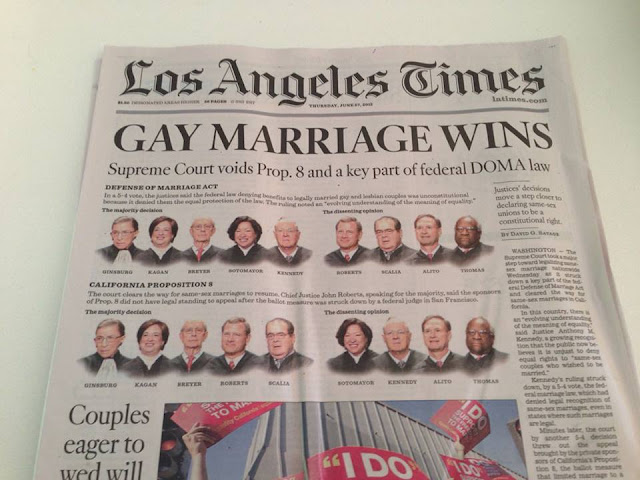 Ted Olson kissed Olivia (Adrian was too slow with the camera, damnit).  I went on TV, unknowingly with "Earth's Best Tender Chicken and Stars" dribbling down my shoulder, had two margaritas and a capirinha, we met friends, we laughed, we cried (okay, we didn't really cry) and celebrated with more than a thousand delightful, friendly people.  For one warm evening, the divisions and imaginary walls of a city and community dissolved and people in a crowd cheered, whooped and shouted.

And us?  Well, we over-exposed ourselves. See, no one can resist two hot dads... I mean, two adorable babies. 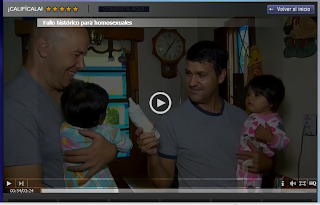 We were up at 5:00 am to prepare the kitchen for an interview with Telemundo network, one of the two powerhouse Spanish language networks in the U.S.  I did it because the producer is a friend of mine; we're in the midst of our remodel, my mom is sleeping on the sofa because her room is open to the back yard, and frankly, we're living in squalor.  But click here for the piece (en español). 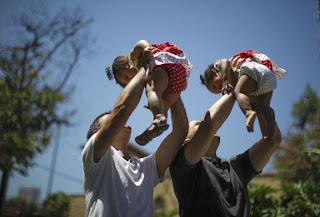 Once we got to West Hollywood, pre-5:30 rally, TV crews made a beeline to the adorable twins in the red dresses.

We were one of the examples of "the week's best photojournalism."


We were on Fox LA, with the aforementioned baby food dripping like a turd from above down my shoulder (I'm also embarrassed it looked like I was doing all the talking): 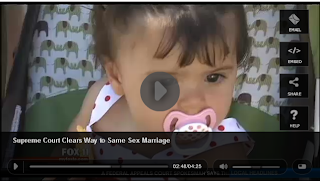 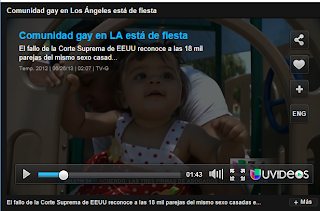 Oh, but wait, there´s more.  We also met up with
Univisión.

We stopped before we were cited for violating child labor laws.
Posted by Jason and Adrián at 4:01 PM